Hugely acclaimed and loved affordable mid-size SUV from Toyota, FJ Cruiser saw minimal visual changes along with a new colour scheme. The new FJ Cruiser incorporates a completely out of place retro look inspired by eye-fetish looks of the FJ40 4X4 which was sold in the US from 1960 to 1983. The 2013 Cruiser might not admirably qualify as a family cruiser but is a respectable choice for souls looking for fun along the off-road terrains.

Reviewers rave about the capabilities of the 2013 Toyota FJ Cruiser to be like that of the Jeep Wrangler. Pleasing with its ability of on and off-roading, alongside electrifying the critics with its impressive V6 engine. The fuel economy of 17mpg in the city and 20 mpg on the highway, which is not really great among its competitors, tops the off road matches like Xterra and Wrangler. The nostalgic looks of the Cruiser are very attractive, especially the circular headlamps but are not sure to set standards with the trending aggressive looking and sleek vehicles. The headlamp setup is very confusing because of the miniature face panel of the Cruiser compared to the huge body.

Equally comfortable off road as on road, the Cruiser features a utilitarian consisting of hard durable plastics and easy to clean cloth. Posh doesn’t go hand in hand with this FJ Cruiser, simplicity does. The dash for example speaks of sheer function. The three gauges on the top inspired by FJ40 are placed visibly, and neatly. The simplicity saves the user from wondering where all the controls have been placed as everything lies pretty much in the front. Keeping in consideration pretty much all aspects of driver’s comfort the vehicle is equipped with an eight-way adjustable driver’s seat – enhancing convenience and comfort ability. The water repellent seats are of effective use when drivers are drenched wet from head down. The interiors of FJ Cruiser are exceptionally attractive with simplicity being the effective key, however, the back seats are jam-packed and cramped and very uncomfortable for long rides.

The 2013 Cruiser chassis houses a 4.0 litre DOHC V-6 engine that gives off 260 horsepower and 271 pound-feet of torque. The Cruiser furnishes options between a 4X2 and 4X4 engine the former providing a five-speed automatic transmission whilst the latter gives options between electronically-shifted 5-speed automatic and a 6-speed manual variant. The Cruiser is packed with some serious off-roading equipment as well. These include BF Goodrich rugged trail tires, Bilstein Shock absorbers, A-TRAC Active Traction System and a cyclone air pre-cleaner to name just a few. Alternatively, Cruiser offers daytime running lights, cruise control, rear window wiper, a spare tire cover and a rear backup camera, a must for parallel parking in between trees in the forest!

With exceptional off-roading abilities but low on aesthetics, the 2013 FJ invites mixed reviews on the basis of usability and requirements of the driver. At a price of $27,030 for the 4×2 automatic and $28,620 for the 4×4 automatic, the Cruiser offers a fair deal for drivers with an affinity for an SUV’s ruggedness at this price but baffles many over its hunger for gas. With an effective competition from foes like Wrangler and Xterra, buyers are left in a fix. While the retro look may attract some, a major portion of drivers expect sportier looks, thereby letting the competitors run them over! 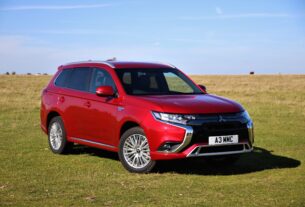 Why Jeeps Still Are the First Preference of ATVs and SUVs

How Has SUV Safety Changed?