So far, we have seen a lot of awesome cars. However, there is something special about Lamborghinis. Some of the prominent features of the vehicle include vertically opening doors. Besides, the car offers many innovative features that attract the eyes of many buyers. One of the primary features of the vehicle is the engine. Let’s find out what makes this engine different from those of other vehicles.

A Brief History of Lamborghini

It’s interesting to note that the first Lamborghini had no engine in it. Ferruccio, the Italian industrialist, worked on 350GTV and got it ready in just 4 months. Actually, he wanted to launch the vehicle and present it at the 1963 Turin Motor Show. And the good news is that the vehicle received a positive response from the public.

There are many reasons why the engine of Lamborghini is so special. The fact of the matter is that Lamborghini engines come with the top quality internal combustion engines of today. And the company is still trying to make further improvements.

This is another reason why these engines are much different and special. Over the years, the supercar industry made a lot of progress. The regular engine of these supercars comes with a turbocharger. The role of these components is to boost vehicle speed.

Basically, Lamborghini engines are aspirated engines, which means they work without the force induction of superchargers. Besides, the oxygen intake is based on atmospheric pressure, which is an ingenious feat in the world of mechanics, physics, and engineering.

In 2008, Valentino Balboni, a chief test drive of Lamborghini received the keys to a classic 1986 Countach at the time of his retirement. He served the company for 40 years and was promoted to the position of chief test driver. The Countach came with a very special 5000 Quattrovalvole engine. It had 4 cylinders in each valve. On the other hand, the V-12 engine offered only 455 hp, which made it look like a toy car.

To Balboni and other drivers of Lamborghini, it wasn’t just the features of the car that made it so memorable. The driving experience and happiness it brought was something that he likes the most. According to Balboni, Countach “dances all the time.” And we can say that it’s the best description of the vehicle. Lamborghini is a work of history, art, engineering, technology, and science. So, this is an all-in-one package for those who love driving powerful cars.

So, these are some of the features that make Lamborghini engine so special. Hopefully, now you are better familiar with the engines of these vehicles. 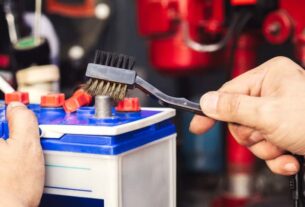 How to Clean a Car Battery

How to Know When Car Brakes Need Work

How to Stop a Crack in the Windshield From Spreading?